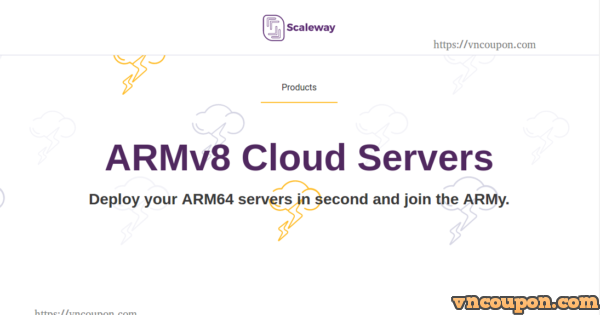 New ARM64 variants provide an incredible amount of CPU power for users who need it. They have 4 new variants, with up to 64 cores and 128GB of DDR4 ECC RAM:

These cloud servers are backed by Cavium ThunderX SoCs, high end processors designed for the cloud, and DDR4 ECC memory. They come with up to 1 Gbit/s of internet bandwidth with unlimited transfer. There is no additional bandwidth fee. As all their cloud server, the new ARMv8 servers are billed by the hour.

New ARM64 lineup proves ARM SoCs are not tied IoT and Smartphones: ARM is a true alternative for the server market with solution for small and large workloads.

The servers are available now in Paris and Amsterdam!