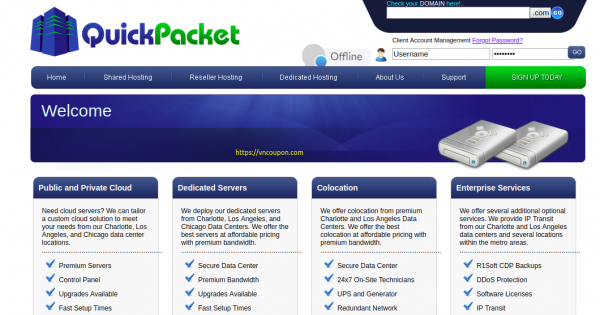 On QuickPacket‘s 16th anniversary of their founding on June 15, 2003, they are pleased to offer the following special Dedicated Server:

QuickPacket also offers a number of software licenses as add-ons:

Since their founding in June 2003, QuickPacket™ has provided quality services to thier customers at reasonable prices. QuickPacket, LLC was formed in October 2004 in the State of South Carolina and converted to the State of North Carolina in February 2012.

Best Offers on This Week